On January 15, 2020, The Shakespeare Project of Chicago will present a theatrical reading of Richard III at the Des Plaines Public Library.

Register here to attend the performance.

Written by William Shakespeare around 1593, this historical play depicts the rise to power and short reign of King Richard III.

The Shakespeare Project opened their 25th season with the production of Shakespeare's best-known play, Hamlet. The Des Plaines Public Library hosted a performance on October 16, 2019.

The actors make entrances and exits. There will be no sets, no props, or costumes. You will hear some music and sound.

The dramaturge will introduce the play with background on the play's history.

After the reading, there will be a short Q & A with the actors and the creative team.

Other theatrical readings this season at the Des Plaines Public Library are:

The Shakespeare Project of Chicago was founded in 1995.

The hope was to bring the words of Shakespeare and other dramatists to life, to foster the talents of members of Actors' Equity Association, and to present plays to the Chicago community for free.

For the past 24 years, they have been doing just that.

William Shakespeare (1564 - 1616), English poet, playwright and actor, is widely regarded as the greatest writer in the English language.

Shakespeare lived his life largely around two locations: Stratford-upon Avon where he was born, and London where he worked.

His plays have been translated into more than 50 languages and performed across the globe for audiences of all ages.

No other writer's work has been performed, translated, adapted, and altered in such remarkable variety as Shakespeare.

The library owns individual copies of Shakespeare’s plays as well as works of criticism.

Following is a sampling of the varied materials in the Des Plaines Public Library collection.

Contested Will: Who Wrote Shakespeare

Shakespeare scholar James Shapiro explains when and why so many people began to question whether Shakespeare wrote his plays.

The Globe Guide to Shakespeare

The ultimate companion to the life and work of William Shakespeare.

How the Classics Made Shakespeare

A groundbreaking account of how the Greek and Roman classics forged Shakespeare's imagination.

The Little Book of Shakespeare

This book is packed with simple explanations and with illustrations making it the perfect primer to Shakespeare's words.

Macbeth: A Dagger of the Mind

A portrait of one of Shakespeare's most complex and compelling antiheroes.

Women of Will: Following the Feminine in Shakespeare's Plays

A fierce, funny, and fearless exploration of the women of Shakespeare's plays. 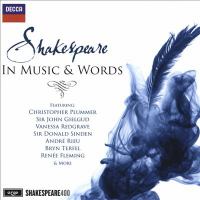 This two CD set features famous classical pieces inspired by Shakespeare's best-loved plays and poems as well as a selection of his speeches.

This six episode DVD combines history, biography, and iconic performances to tell the story behind the stories of Shakespeare's greatest plays.