Sure, it is no substitute for actual medicine, but when you’re feeling down, there is no better cure than laughter.

I consider myself to be a bit of a comedy nerd, but I had never really read a comedy memoir.

I had just finished reading Me Before You (a romance between a paraplegic and his caretaker), In a Dark, Dark Wood (a crime mystery), and Missoula (an in depth look at rape in a small college town) when I realized these books were really bringing me down.

I needed something light to pick me up.

That’s when I picked up Mindy Kaling’s book Is Everyone Hanging Out Without Me. It was exactly what I needed and I’ve been hooked on the genre ever since.

Here is a list of some of my favorite comedian memoirs/books by comedians. 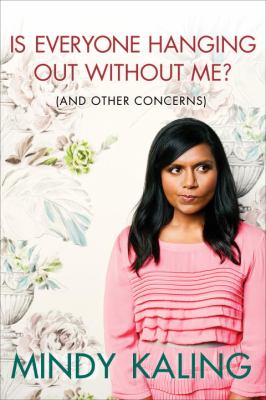 Let's start with the first book that got me into comedy memoirs in the first place: Is Everyone Hanging Out Without Me by Mindy Kaling. You may recognize Mindy as Kelly Kapoor from The Office or Mindy Lahiri from her show The Mindy Project, but even if you don't, this book is great.

Mindy writes about her days on the office, the all around trials and tribulations of being a woman, and her struggles with making it as a comedic writier all in a very humorous way. I initially listened to to the book on audio, but I reccomend checking the physical version out as well. On the audio version you'll find chapters read by Rainn Wilson, Lena Dunham, and BJ Novak, but in the physical copy of the book you'll find pictures of Mindy from her childhood and early days, which I feel provide some insight into her character.

The real line that sealed this reccommendation for me, however, was when Mindy wrote "Like any normal woman, I would see a dress, buy it, rip the tags off with my teeth, save the buttons for ten to twelve years in a drawer, and wear it to work." I thought I was the only one who did this! 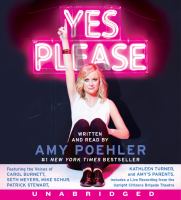 Amy Poehler is an actress and comedian from SNL, Parks and Recreation, and a long list of popular movies. She talks about her days at SNL and Parks and Recreation, but she also spends a lot of time talking about how she initially got into improv. She along with Matt Besser, Ian Roberts and Matt Walsh started a theater called the Upright Citizens Brigade, UCB for short, and she goes into a lot of detail about that. The theater now has locations in the New York neighborhoods of Chelsea and the East Village as well as the Los Angeles neighborhoods of Hollywood and Sunset Boulevard. As a self proclaimed comedy nerd, I found this book fascinating!

If you listen to this book on audio, you'll find that Amy herself is the narrator. I highly reccomend listeing to the audio!

Aziz Ansari is also an actor from Parks and Recreation. This book is not a memoir of his time there, however. In this book, Aziz writes about the struggles of online dating and finding a romantic relationship in the 21st century. He has experts from universities comment on studies that they have conducted tracing the statistics of the modern day dater to those who met their significant partner in the past.

Even though he includes lots of facts and statistics, he's a comedian so he writes the book in a fun and comedic way.