Recently released movies such as Aladdin and Toy Story 4, along with the highly anticipated opening of Star Wars: Galaxy’s Edge at Walt Disney World mean Disney mania is at an all-time high.

However, you do not have to travel far to experience some Disney magic - you can find some right here at the library!

I am a Disney fanatic.

I have gone to Walt Disney World five times and Disneyland twice.

I always see new Disney films in the theater, I collect Disney dolls, and Mickey Mouse is on my car keys.

My favorite Disney character is Belle (I am a librarian surrounded by books all day), so of course I love to read.

What are some of my favorite books to read?

Now, I know what many of you are thinking: But Disney books only exist as picture books for little children!

While most Disney books are primarily made for young children, there are many Disney themed books that are suitable for any age, including adults!

Rather than starring princesses or anthropomorphic animals, these books mostly star average protagonists who are in some way connected to Disney.

If you prefer non-fiction, there are also many superb choices, of which two are listed.

As if you needed any more convincing to pick up a Disney themed book, here is a quote by Walt Disney extolling the magic that comes from books:

"There is more treasure in books than in all the pirates' loot on Treasure Island and best of all, you can enjoy these riches every day of your life."

Listed below are a selection of Disney books that Belle would most certainly approve of!

"Using cutting-edge technology called DHI (Disney Host Interactive), the Disney Imagineers capture the images and voices of Finn Whitman, a young Orlando teen, along with four other kids, then transform them into hologram projections that guide guests through thepark. The new technology turns out, however, to have unexpected effects that are thrilling and scary when Finn finds himself transported into his DHI form at night. Is it a dream or reality? Finn and his four DHI friends must do battle with the evil witch, Maleficent, and her Overtakers in order to save Walt Disney World."

Beauty and the Beast:  Lost in a Book

Belle has always dreamed of experiencing adventures that she reads about in her books.  This tale, from the live action Beauty and the Beast universe, has Belle actually enter INTO a book, where she finds a world full of adventure.

This is a must read for any Belle fans!

What would happen if all of the Disney World cast members went on strike? This young adult novel has teenagers fill the roles for the whole park.  The story focuses on two teenagers, Ella and Luke (who play Cinderella and Dale, respectively), who while working at the Magic Kingdom together, find themselves drawn to one another and discover that maybe dreams can come true.

River Country was waterpark at Walt Disney World that is one of only two Disney Parks to permanently close.

This novel is about a teenager named Haley who is transported back in time when River Country was in its heyday.  Not only does she bump into her parents when they were teenagers, but a park employee named Jason.  Haley must struggle to find a way back to the future, but does she really want to go back?

Down and Out in the Magic Kingdom

If you enjoy science fiction, then this title may be for you!

Jules is over a century old, but he appears to be a young man.  He lives in a future where no one dies.  He resides at Disney World where he helps run the classic attractions.

The Art of Walt Disney:  from Mickey Mouse to the Magic Kingdom

This book details the many artistic achievements that Walt and his studio were able to accomplish over the years.  There are many beautiful illustrations throughout.

This is a wonderful non-fiction title if you want to learn more about the man himself. 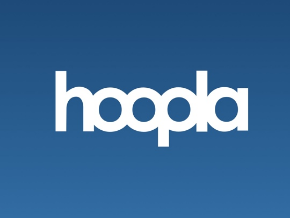 No CD player? No problem! Hoopla Digital is an online resource with hundreds of Disney albums you can download!  Now you can listen to Disney songs the entire car ride!