The holiday season is already upon us and kids have been excitedly writing wish lists that seem to get longer with each day.

And no toy ranks higher on children’s (and some adult’s) wish lists than Barbie.

This enduring icon continues to be the best-selling toy each holiday season.

That’s no small feat considering that the world’s most famous fashion doll turned 60 this year.

My love for Barbie started when I received my very first Barbie at age 4.

Twirling Ballerina Barbie sparkled in the light with her pretty tutu and crown, that when twisted, would make her twirl on her toes.  My collection grew steadily after that.

Right now, I have around 100 Barbie dolls and I add more every month.

I've been asked why I like to collect Barbie dolls so much.

I love Barbie because she provides children (and adults) with inspiration for endless possibilities.

Barbie can be whatever you want her to be.  She has had over 200 careers.

Barbie has always been on the forefront of career opportunities for women and girls.

She became an astronaut in 1965- a whole 18 years before an American woman went into space.  She also ran for president in 1992- 24 years before Hillary Clinton’s historic campaign.

These endless possibilities help show children that their futures can be what they decide.

I also love Barbie for her diversity and inclusivity.

Ruther Handler (the mother of Barbie) wanted Barbie to be accessible to all children, not just a specific demographic.

Even though she is often depicted as a blonde, Barbie has embraced a wide range diversities over her 60 years.

Share a Smile Becky, who uses a wheelchair, came out in 1997.

1980 also saw the start of the popular and ongoing series, Dolls of the World.  This series has Barbie representing individual countries, each clothed in traditional garments of the country.

More recently, Barbie and Ken are produced in a variety of body shapes and ethnicities, allowing children to pick dolls that better represent their identities.

Barbie has appeared in every form possible, ranging from movies to video games.  But books are where Barbie shines the most.

Barbie teaches us that we can be and do anything that we set our minds to.

Here is a small sampling of the many books and movies that DPPL owns about Barbie:

This was one of my favorite Barbie books when I was little.  A counting book for children learning to read. 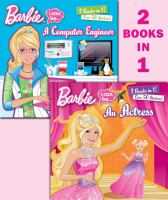 I can be an actress / I can be a computer engineer

2 books in 1!  A part of the popular I can be... series of books that detail different career options. 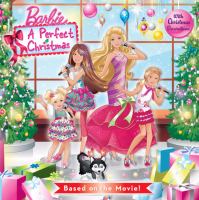 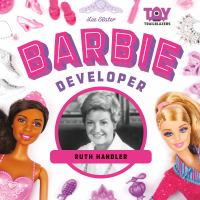 Barbie in the Nutcracker

Barbie stars in this computer animated movie based on the classic Nutcracker tale.

Barbie in a Christmas Carol

Barbie stars in this take on the classic Christmas novel. 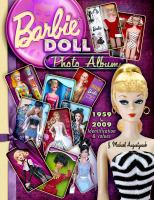 This book has hundreds of color pictures of Barbies released over the years.  Clear pictures, along with nice descriptions make this a must read book for any Barbie fan. 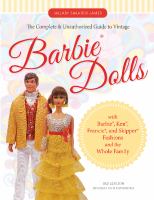 Every official Barbie outfit before 1972 is pictured in here with full colored pictures.

Another beautifully designed book that looks at Barbie dolls through the decades.  Many of the dolls pictured in here are not seen often, which makes this book extra special.

With hoopla, you can download Barbie ebooks to read on the go!  You can also listen to different Barbie movie soundtracks, or if you prefer, Aqua's "Barbie Girl" from their album Aquarium.