Children are like sponges. It is easy for them to learn a second language. But what about for an adult?

Growing up, I took fourteen years of French (this is not an exaggeration).

9 years in grade school and 4 years in high school.

As an adult I can understand the language, but unfortunately cannot speak it.

Maybe I’m just bad at learning a second language. This does not have to be the case.

I decided it was time to relearn the French language. 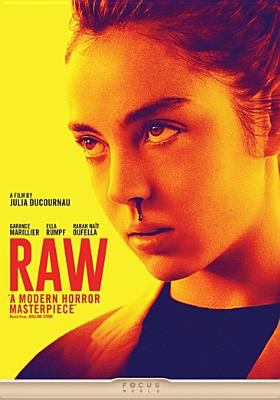 The best way to learn a language is to immerse yourself in it.

So… I went to France. Just kidding, I couldn’t do that. I decided to listen to audiobooks in French and watch French DVDs with no subtitles instead. Try immersing yourself in something you’re interested in. If you like soccer, listen to soccer games in a foreign language or listen to interviews of your favorite players in their native tongue.

I used Raw - a movie about a girl who develops a taste for human flesh - but you could always choose something less graphic.

Set reasonable goals for yourself and don’t be afraid to make mistakes.

Your goal shouldn’t be “learn French” - that’s too vague. Try something like “have a 3 minute conversation in French by the end of the month”.

I used Pimsleur’s Conversational French audiobook to get started. The audiobook asks you to listen to the man or woman speak and repeat the phrases back to them or answer their questions after you have learned the phrase yourself. I made a lot of mistakes and if I didn’t feel comfortable enough to move onto the next CD, I replayed the previous one. I’m fluent when it comes to asking someone whether they’d like wine or beer and telling them how much it costs.

It’s really hard learning another language, especially one you aren’t using all the time. Getting discouraged makes it that much harder. When I got discouraged, I took a little break, but now I'm back at it. If you find yourself getting discouraged, embrace it. Take a breather and come back to it when you're ready.

If you'd like to learn a language for yourself, come check out our Language Center, Databases/Apps, and Foreign DVDs to find something that works best for you!