I love to bake, there is nothing better than my house smelling like fresh bread or cookies in the oven.

My husband proposed to me while we were watching The Great British Baking Show because he loves how much I love to watch it. I'm always the first to volunteer to create a tasty treat for family and friends.

In my world, baking is love.

My Pinterest feed is basically full of recipe suggestions and cute animal pictures, a combination that takes us to my next revelation.

It was a big decision, but now that my household is there, I can't see turning back.

The process was fairly painless for me.  I knew cutting out most processed food would help accomplish some personal goals I have set.  I've grown increasingly interested in animal rights. And I'm a superfan of Esther the Wonder Pig.

So being vegan just makes sense.

However, as a baker, going dairy and egg free has presented some interesting challenges.

Some of the substitutes - if not used properly - change a baked good so much that it isn't exactly recognizable, and the learning curve can be steep on this one.

Good thing my family are great sports about brownies and blondies needing to be eaten with a spoon!

I checked out a few, and settled in to take some notes and start experimenting.

And I'm proud to report that I've had many successes!

Bread is my strength - who knew - but a loaf of wheat sandwich bread or artisan loaves rarely have to be modified.

It's when I attempted fruity dessert bread that the frustration kicked in. Attempt after attempt has finally yielded a realization - it must be completely cooled before cutting, or it crumbles.

So what else have I learned?

Vegan "butter" does make a difference, but it is not a deal breaker.

Also, I've taken to experimenting with the various available starches in my recipes. Tapioca starch is one of my current go-tos, but potato starch works well in a pinch.

I've learned to pay attention to which milk substitute is recommended for use - they have different consistencies and flavor profiles.

What has been my greatest lesson, though?

Don't tell my dad a recipe is vegan!

Hand-on-heart, he would not have known that those molasses cookies were not from Grandma's exact recipe at Christmas if I hadn't blabbed.

He did admit that they were delicious, but somehow not the same. That learning curve, I'm afraid, will always be the steepest.

Whether your are vegan or not, these cookbooks are full of scrumptious recipes! 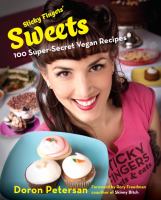 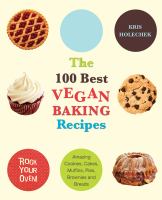 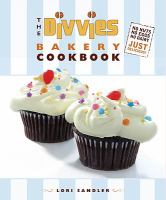 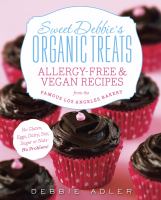